Since 2008, the Peter P. Chen Award honors one person each year for their outstanding contributions to the field of conceptual modeling. In 2020, the award goes to Prof. Dr. Matthias Jarke, Information Systems chair at RWTH Aachen University and director of the Fraunhofer Institute for Applied Information Technology FIT.

The award is named after Peter P. Chen, a renowned computer science researcher who in 1976 formalized the Entity-Relationship concept, a major foundation of software engineering and conceptual modeling in particular. Prof. Bernhard Thalheim was the first to win the award in 2008; now Prof. Matthias Jarke is the second laureate from Germany. The focus of his research is on metadata management and data quality, requirements and information systems engineering, as well as mobile and cooperative information systems.

In their statement, the selection committee mentions a number of fundamental contributions Prof. Jarke made to research and teaching e.g. in the field of requirements traceability. He is co-author of several books and over 400 refereed journal articles and conference papers. The impact of his research contributions is demonstrated by his remarkable number of citations.

In terms of contributions to practice, the selection committee points to Prof. Jarke’s initiating role in the recent Industrial Data Space initiative that has been taken up by the International Data Spaces Association with over 100 members in four continents. Some 40 years earlier, Prof. Jarke’s thesis work was already used in early information systems in container logistics. 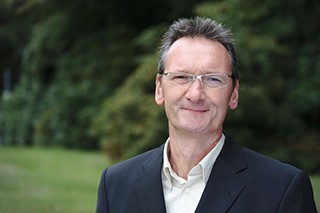